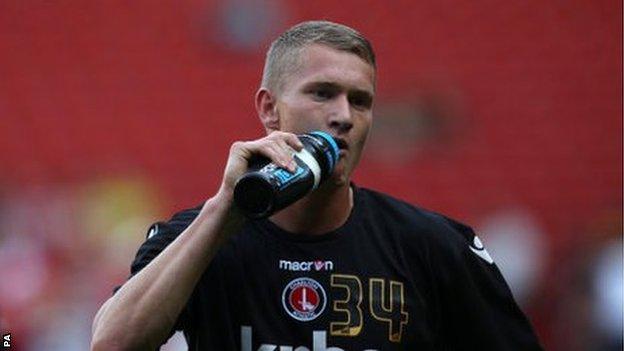 Striker Michael Smith has returned to Charlton Athletic from his loan spell at Accrington Stanley because of a season-ending knee injury.

The 20-year-old joined Stanley on loan until the end of the season in January and scored three goals in six games - all in a 4-3 win over Gillingham.

He injured his knee in the warm-up before the 2-2 draw with Port Vale on 3 March and has not played since.

"He's a great young player who has done really well for us and we'll be keeping an eye on his recovery and monitoring his progress in future.

"We'd like to thank Michael, Chris Powell and everyone at Charlton for everything they have done for us and hopefully we'll be able to work together again in the future."