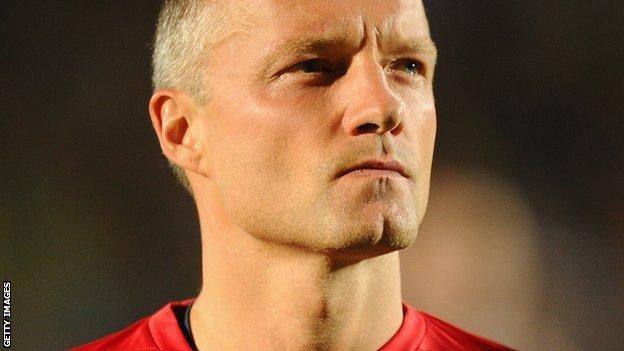 Millwall have signed Leeds United goalkeeper Maik Taylor on an emergency loan deal until the end of the season.

The 40-year-old Northern Ireland international, who has won 88 caps, is being brought in because of Steve Mildenhall's ankle injury.

Taylor is yet to make an appearance at Elland Road since signing in November.

He began his career at Farnborough followed by spells at Barnet, Southampton and Fulham, before signing for Birmingham in 2004 for £1.5m.

Taylor went on to make 242 appearances for Blues over a seven-year spell at St Andrew's.