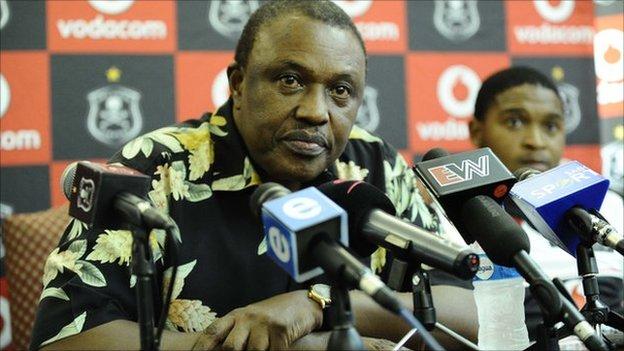 The Brazil-born coach of the South African side suffered a number of disappointing results recently.

Chairman Irvin Khoza had wanted this year's African Champions League title, to celebrate Pirates' 75th birthday, but the club exited in the first round to Angola's Recreativo do Libolo.

The Johannesburg club made a poor start to their defence of the South African FA Cup in Durban on Saturday, taking 86 minutes to score the only goal of a last-32 tie at fifth-tier Ethekwini Coastal.

However, the club says it is troubled by a recent performance evaluation session and looking for reasons why "the coach expressed that 'he could not see his way forward'" at this time.

Pirates are the defending champions, with Leal replacing Dutch coach Ruud Krol, who led one of South Africa's most popular sides to an historic treble last year.