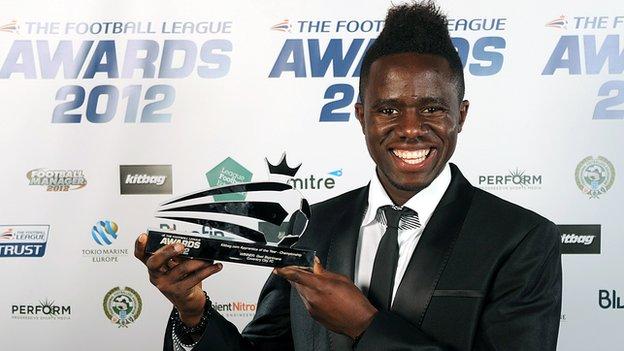 Coventry City midfielder Gael Bigirimana has won the Championship's apprentice of the Year award for 2012.

The 18-year-old collected his award at the Football League's annual gala ceremony in London.

Bigirimana thanked the club's academy staff and boss Andy Thorn: "It means the world to me and brings confidence and desire to achieve more in the game.

"I need to thank the academy staff at Coventry and my team-mates for making me the player that I am today."

The Burundi-born, English qualified player has made 21 first team appearances for Coventry this campaign having joined the club as a 12-year-old.

He made his debut on the opening day of the season in the home game against Leicester City.