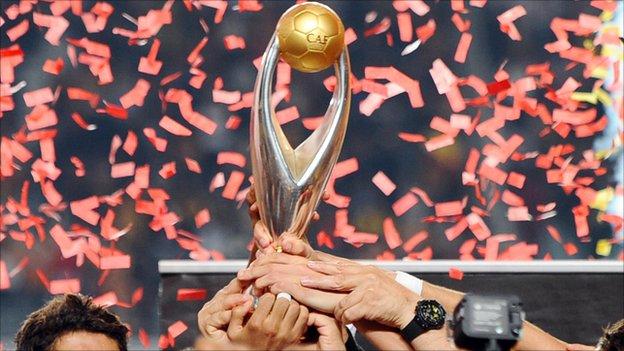 Muculmana defeated Zanzibar visitors Mafunzo 3-0 in the second leg of a delayed first-round Champions League match to go through 5-0 on aggregate.

Elsewhere, Ferroviario also completed a double by winning 1-0 away to Kenyan outfit Gor Mahia in the Confederation Cup.

In Maputo, the goals came from Stelio 'Telinho' Ernesto, who bagged a brace before half-time, with Reginaldo Fait scoring midway through the second half to set up a second round clash with Dynamos of Zimbabwe.

Dynamos, who received a bye into the second round, should provide a more thorough examination of Muculmana's abilities, having reached the Champions League semi-finals four years ago.

Ferroviario, meanwhile, will take on Sudanese side Al Ahly Shandy in the next round - after Pilale netted a fine strike from outside the box.

Ferroviario goalkeeper Nelson Longonote was in fine form throughout the game at a brimming Nyayo Stadium, stopping a penalty from Victor Ali.

"Our attacking play was very good and we controlled the midfield and had the better of the forward play too," Ferroviario coach Chiquinho Conde told cafonline.com.

"I'm satisfied with the results as we have already achieved our target. We killed the game in Maputo and we had less pressure in the second leg."

Success for Muculmana and Ferroviario followed a good showing by Mozambique when drawing 1-1 in last month's 2013 Africa Cup of Nations qualifier in Tanzania.

Elsewhere, Vita Club from DR Congo overwhelmed Burundi's Athletico Olympic5-0 in Kinshasa to virtually seal a Champions League second round spot ahead of the return leg in Bujumbura.

The Congolese led 3-0 at half-time in the Martyrs stadium through Tadde Etekiama, Gabonese Romaric Rogombe and Yves Magola, who got his second after the break while Kevin Ndeyisene conceded an own goal.