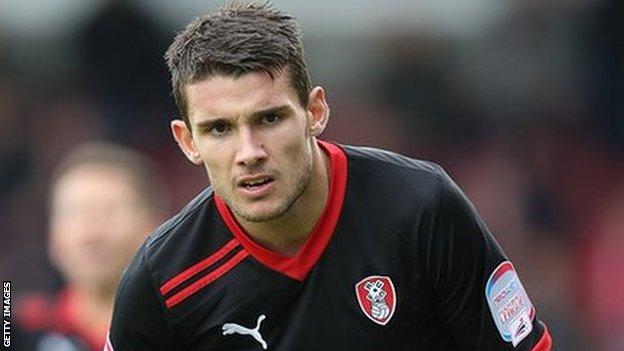 The pair are entitled to new deals after triggering contract clauses relating to appearances this season.

Manager Andy Scott told BBC Radio Sheffield: "Jason is signing a one-year extension, he's reached the amount of games and Gareth is in the same boat."

Taylor, 25, has made 26 league appearances while 23-year-old Evans has scored six goals in 21 league games.

Scott continued: "We're a little bit further away with that one (Evans's contract) with different clauses that means it's going to take longer."