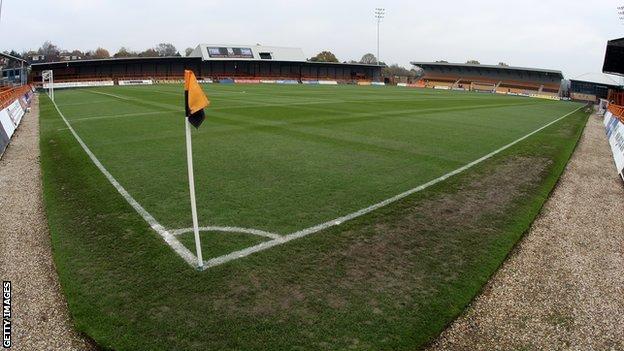 Barnet have said they will commit to a further and likely final season at their current home Underhill.

The League Two side have been playing at the ground since 1907 but are looking to relocate because of problems over leases and access issues.

The club said in a statement that they will look to extend their current lease on Barnet Cricket Club, which allows access to the south of Underhill.

The Bees will also move staff to new offices in Edgware.

Staff will be housed at the club's Hive site, with the removal of temporary offices at Underhill allowing further access to the southern turnstiles.

The club are looking for a permanent home with short-term ground-sharing options and a potential new stadium being considered.

Barnet chairman Tony Kleanthous said: "There is an air about the place that I have not felt for over five years with everybody looking up and planning forward.

"I have made clear several times that we have no long term ambitions to stay at Underhill and since we announced our intention to relocatre we have had much positive communication from those who really value us as a community asset."