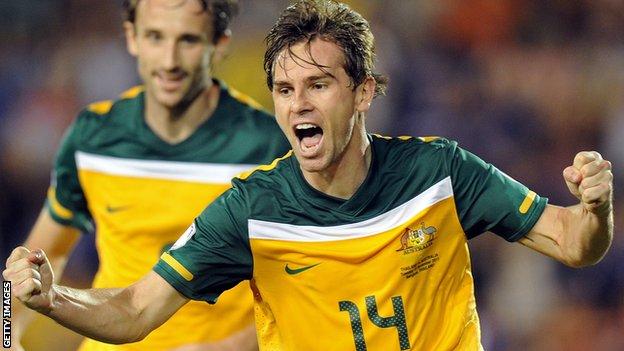 The 27-year-old winger, who has won 53 caps, was named as Australia's football writers' Player of the Year for 2011.

Holman, who joined Eredivisie leaders Alkmaar in 2008, will sign on a free transfer when his contract expires.

"I am delighted to have agreed terms with Aston Villa. I am looking forward to joining up with the team in the summer," said Holman.

"Villa have a long and prestigious history in English football and a fantastic set of fans."

Holman has spent a decade in the Netherlands, having had spells at Feyenoord, Excelsior and NEC Nijmegen before moving to AZ.

"Brett is a very intelligent player," said Villa manager Alex McLeish. "A great team player and a man who is recognised in the game as a non-stop, committed wide midfield player.

"He has international experience and has played in the Champions League. He will add significantly to the experience in the Villa squad."