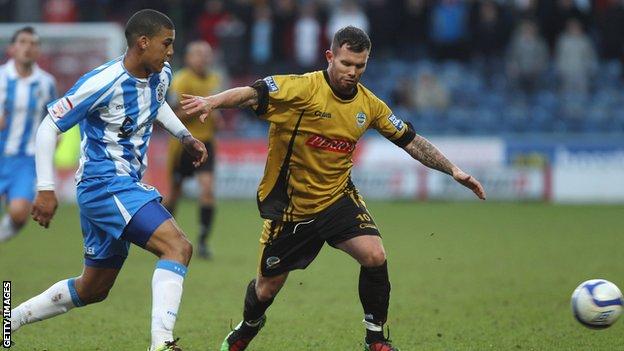 Gillingham striker Adam Birchall has been told by a specialist that he will not play again this season.

The 27-year-old joined the club from Dover last summer but damaged cruciate knee ligaments in a pre-season match.

Birchall was seen jogging at Priestfield before Gillingham's 4-3 defeat by Crewe, prompting speculation he might soon be ready to return.

However, Birchall said: "I won't be playing again this season, I can't believe it."

He added: "I'm so frustrated but if the knee's not ready then it's out of my hands."

Club physio James Barker was more optimistic about getting the ex-Arsenal trainee back on the pitch before the end of the campaign.

"He's been getting a little niggle," Barker told the club's website. "We're investigating the cause of this further before we move on to the next stage of this rehab.

"We're confident as soon as we can clear this up we can push on and have no more problems."