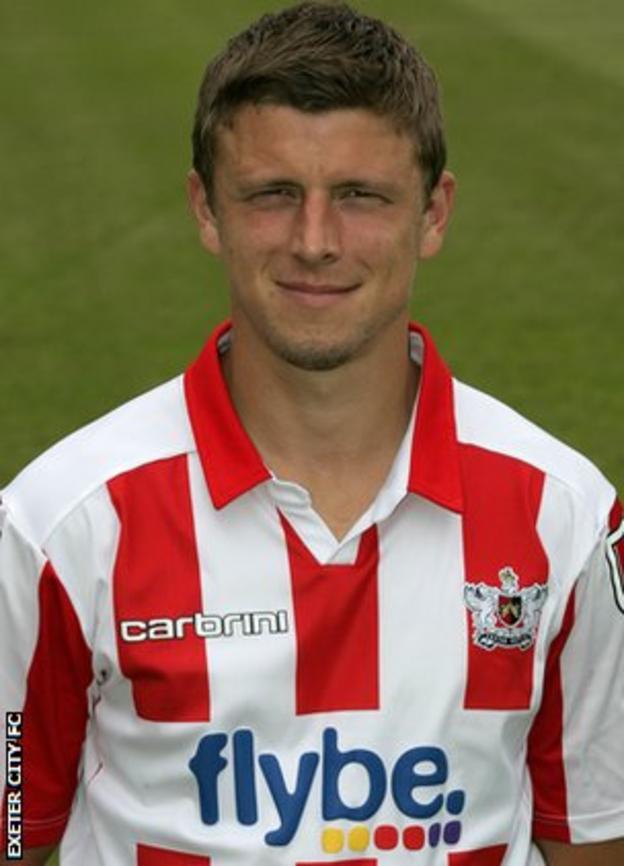 Exeter City defender Danny Coles is recovering in hospital after fracturing a bone in his spine during training.

Coles, 30, was taken to the Royal Devon and Exeter Hospital after colliding with goalkeeper Artur Krysiak.

The incident happened in Monday's session at the club's Cat and Fiddle training ground.

"It was an accidental collision, it was just one of those things that happens," said Exeter's director of football Steve Perryman.

Perryman would not be drawn on how serious the injury was as Coles is awaiting more tests, although he will miss the rest of this season.

"Normally people get a scrape or a bruise in training, but this was a bit more serious," he told BBC South West.

Coles joined Exeter from Bristol Rovers in the summer on a free transfer and has made 36 appearances, playing in every game since the end of January.

The Grecians are struggling defensively at present with fellow centre-backs Richard Duffy and Scott Bennett recovering from a groin operation and hamstring problems respectively.

"He's a very experienced player who has done very well for us," Perryman continued.

"This injury on its own is a serious injury but to go with Richard Duffy's operation and Scott Bennett it's a blow for us.

"But it's part and parcel of what happens in football."