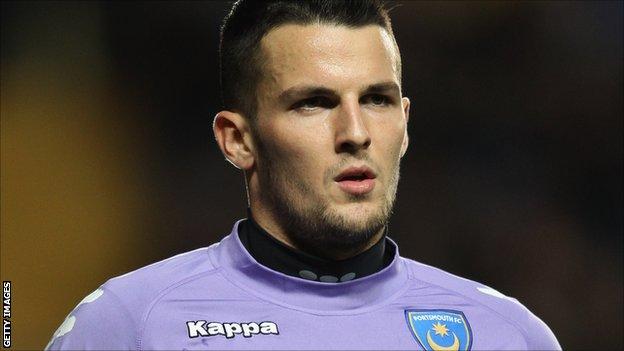 West Ham have signed Portsmouth keeper Stephen Henderson on loan, with a view to a permanent deal in the summer.

Henderson, 23, has been a key member of the Pompey squad this season playing 27 times for Michael Appleton's side.

He began his career as a trainee at Aston Villa before joining Bristol City on a free transfer in May 2007.

The Irishman is the latest Pompey player to leave because of financial problems at the stricken club who are bottom of the Championship table.

Portsmouth were placed into administration last month and are currently searching for new owners and at one stage were in danger of not being able to see out the season.

Administrator Trevor Birch told BBC Radio Solent last weekend that Henderson would only be allowed to leave for a "significant fee".

Henderson, who joined the club in 2011, had been the subject of transfer interest from Ipswich in January but opted to stay at Pompey.