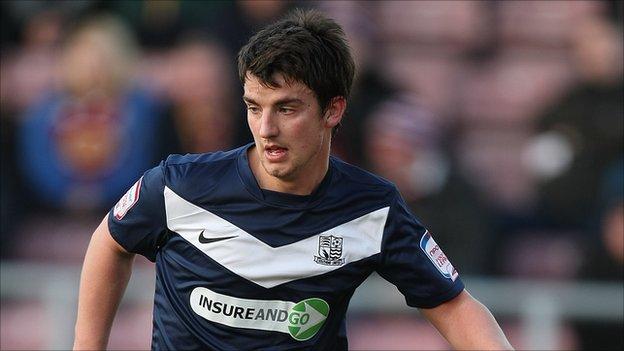 Southend United striker Elliot Benyon hopes his goal in Saturday's draw at Accrington will be the first of many.

The former Swindon striker opened his Blues account in the League Two encounter.

Benyon told BBC Essex he is hoping to fill the void left by a season-ending injury to top scorer Liam Dickinson.

"Its been a really hard year for me, but hopefully that can kick-start my season now, and start scoring some goals," he said.

"That will give me a bit of confidence now. I can score goals at this level, I proved it last season, hopefully I can carry on now."

Benyon's goal was only his second of the season and his first since he scored for Wycombe in a Carling Cup match against Nottingham Forest in August.