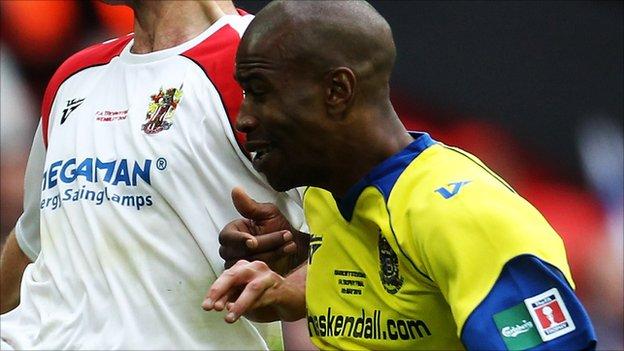 Paul Edwards has rejoined Barrow from Fleetwood Town on an emergency loan deal that will expire on 28 April.

The 32-year-old defender returns to Holker Street for a third spell, following his departure to the Blue Square Bet Premier rivals in June 2011.

Edwards was a member of the Bluebirds' FA Trophy winning side of 2010, and has made 55 league appearances for the club in his previous spells.

Ferrell, 28, has been limited to 14 league appearances this season, the last of which came in February's 3-0 home win against Kettering Town.