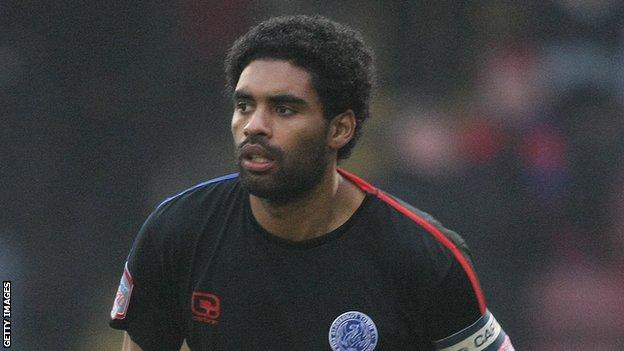 Northampton Town have signed former Aldershot captain Anthony Charles on a deal until the end of the season.

The 31-year-old out-of-contract defender was released by the Shots last summer and has since been recovering from a knee injury.

"Anthony has been training with us for about a month now," Cobblers boss Aidy Boothroyd told the club website.

"He got injured towards the end of last season but his knees are now strong and he's looked in very good form."

Charles made 180 appearances for Aldershot between 2007 and 2011 - his second spell with the club - and has also featured for Hayes, Farnborough and Barnet.

"He can play at centre-half or left-back, he's got a few strings to his bow and he was very well thought of at Aldershot."