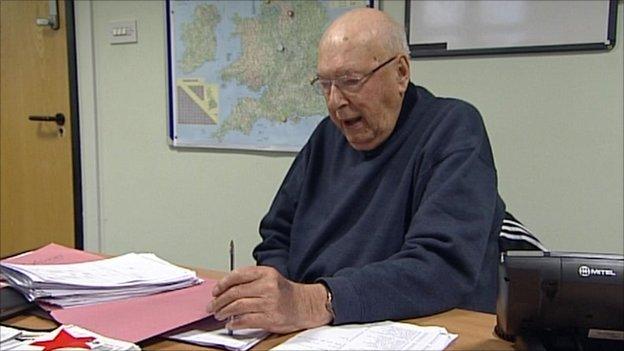 Middlesbrough manager Tony Mowbray has paid tribute to his late colleague Jack Watson, who passed away on Saturday.

Watson, who died at the age of 90 after a short illness, was a coach and scout for around 50 years, and worked with Mowbray at all the clubs he managed.

"From being a young boy, leaving school, Jack was on the scouting team," Mowbray told BBC Tees.

"As a manager he's worked very closely with me, he was an inspiration to us all and a very sad loss for our staff."

In addition to his work as a scout across the north east and Cumbria with Hartlepool, Middlesbrough and Sunderland, and a spell as caretaker boss in charge at Darlington, Watson was also a cricketer with Durham and Northumberland.