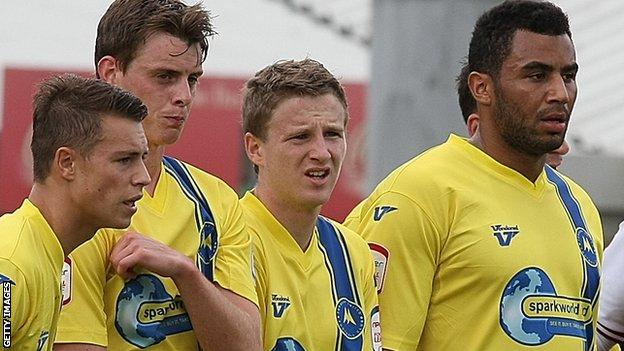 Torquay boss Martin Ling says his side will have to be mentally strong to stay in the automatic promotion places.

The Gulls went second in League Two after a 1-0 win at Rotherham, the second time in a month they have climbed into the promotion spots.

"Last time we went above that line to be in the top three we let ourselves down," Ling told BBC Radio Devon.

"I said the last 11 games will be played in the head as well as the legs and that goes for the last 10 games."

He continued: "It's going to get nervy. There's going to need to be decisions that need to go our way throughout the rest of the season."

Ling believes his side were lucky to come away from the Don Valley Stadium with three points after Lee Mansell got his 12th goal of the season.

"It was a very defensive display, we had to be dogged and determined," he added.

"I can't emphasise enough that we probably rode our luck a lot more than we have in other games, but our lads deserve that and deserve all the plaudits that are given to them at then moment."