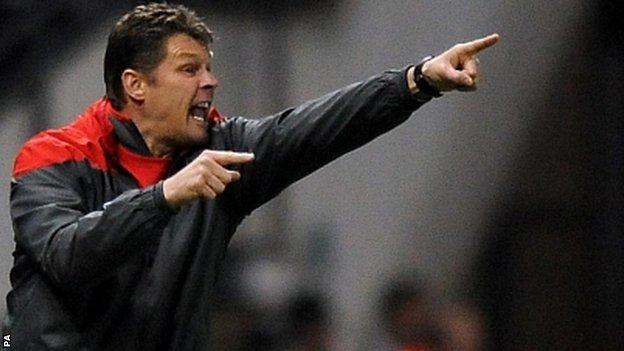 A small section of home fans chanted about the former Forest chairman and owner, who died in January, during the Championship match at Pride Park.

Cotterill said: "What have they done coming out to a football match and coming out with that about Nigel?

"They need to be ashamed of themselves. They've used football as a carriage."

Derby have since issued an apology for the chanting. by a small minority of home fans.

Cotterill added: "God bless his soul Nigel Doughty, he was top man for this football club, one of the best chairman that has probably ever been in the Championship.

"Not just because of the way he funded it, but because Nottingham Forest was his life as well.

"The worst part about it tonight was that we haven't got a result, but he would have been pretty pleased with our effort and commitment."