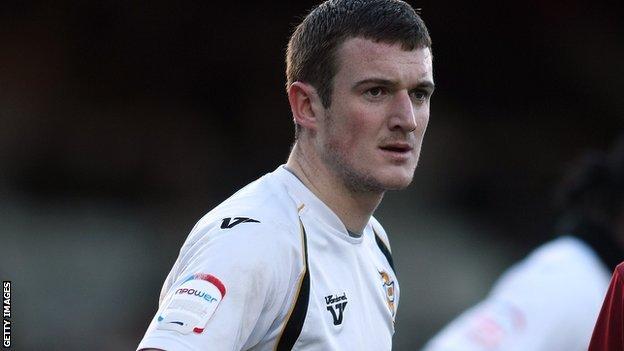 Collins, who can play at either centre-back or full-back, has signed on loan until the end of the season and will make the move permanent in the summer for an undisclosed fee.

The 23-year-old has made 20 appearances for the administration-hit Valiants this season.

Meanwhile, Tykes keeper David Preece, 35, is ruled out for the rest of the campaign after fracturing his wrist.

Midfielder Paul Digby, 17, has given the Championship side a boost after he signed a professional deal with the club until 2014.

Digby has already featured four times for the first team.