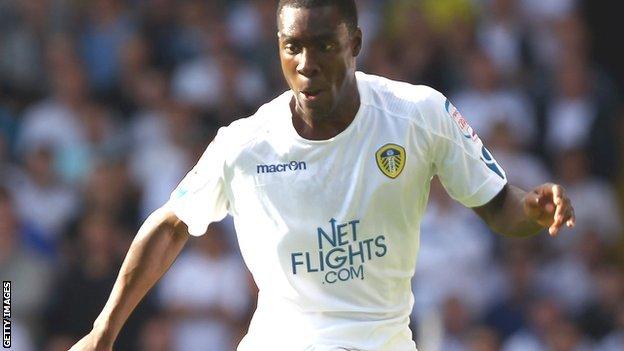 Notts County have signed Leeds United winger Lloyd Sam on an emergency loan deal until the end of the season.

Sam has played 19 matches for Leeds this season, but he has only started three games in total.

The 27-year-old has made just three appearances in 2012 and Leeds boss Neil Warnock, a long-time friend and former colleague of Notts County manager Keith Curle, was eager to let Sam go on loan.

Sam is available for Saturday's game against Sheffield Wednesday.

The deal would also see the midfielder stay for the end-of-season play-offs should Notts qualify.

Sam started his career at Charlton Athletic and had loan spells at Leyton Orient, Sheffield Wednesday and Southend, before making the move to Leeds ahead of the 2010/11 season.