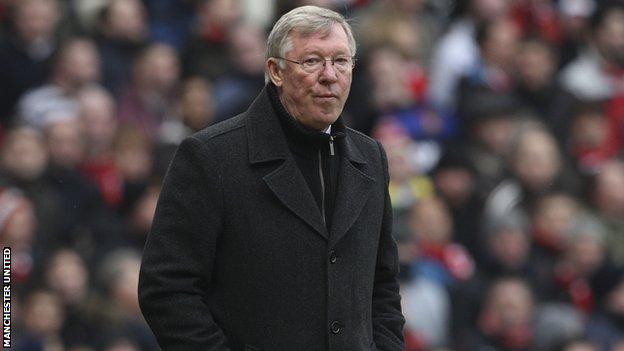 "We keep carrying on and it points to a resilience in the team that is really admirable," said Ferguson, whose side lost 3-2 in the home leg.

"They have done exceptionally well. It is an achievement in the sense of they're still banging in there."

"We still can win this game tomorrow and I think the players believe that."

United have overhauled neighbours Manchester City in the Premier League and will need similar determination at the San Mames Stadium on Thursday as they look to overturn their first-leg deficit.

One thing is for certain: with such a youthful team determined to finish the tie off and build on a season of real promise, there is little chance of Los Leones [the Lions] sitting on their lead

Given the three away goals bagged by the Spanish side, Ferguson's side are likely to need a two-goal victory margin.

"It's a difficult tie for us," said Ferguson. "Bilbao have a tremendous advantage now, so it's a challenge - but not one that is beyond us.

"Our record away from home in Europe helps us. We have done really well the last few years away from home but it's going to need a good performance."

Athletic excelled at Old Trafford last week and have lost just twice at home this season, but were beaten 2-1 by Osasuna in La Liga on Sunday.

Head coach Marcelo Bielsa said this showed how hard it was for a club of Athletic's resources to maintain the same standard of performance every week.

He said: "The difference in points and finance is there for everyone to see.

"But I also believe that on one night or in one match a team like Athletic can get very close to the level of opponents such as Real Madrid, Barcelona or Manchester United.

"However, to maintain that throughout an entire league season is extremely difficult."