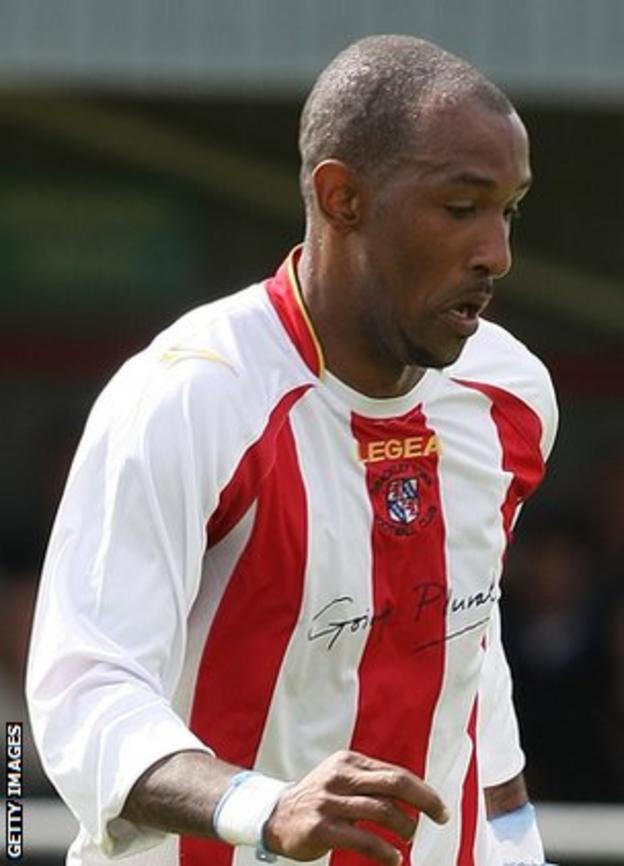 Lincoln City striker Jefferson Louis is set to miss the rest of the Blue Square Bet Premier season with a broken rib.

Louis, 33, has scored twice in five games since joining the Imps.

"He's been fantastic for us on and off the pitch," manager David Holdsworth told BBC Lincolnshire. "He's brought the dressing room together.

"Right now he's down in the dumps because he's cracked his rib in a collision in training. That's probably his season over and we'll miss him."