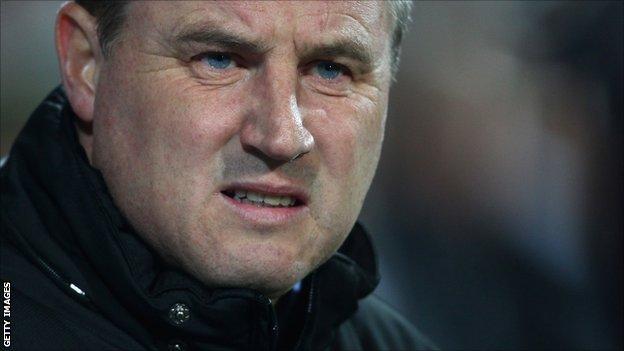 Ipswich Town boss Paul Jewell has revealed the club have been contacted by financially troubled Portsmouth about the availability of players.

Ipswich tried to sign Pompey pair Jason Pearce and Joel Ward in January but could not agree personal terms.

But with Pompey in administration and facing relegation to League One the club have to reduce their wage bill.

"We have been contacted by Portsmouth about players being available," Jewell told BBC Suffolk.

Jewell added: "Whether we pursue that is another thing.

"It all depends on what the price is and what the players are looking for. The climate has changed; the wages people think we have been paying are not there anymore.

"It has to be financially viable."

The club have already sent Hayden Mullins, Liam Lawrence and Erik Huseklepp out on loan and more could follow before the emergency loan window shuts on Thursday.