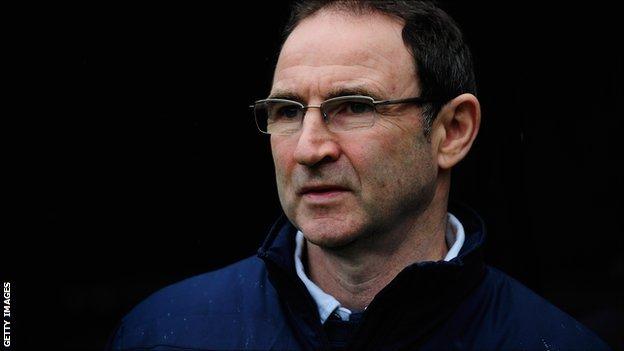 Sunderland boss Martin O'Neill believes a match at Wembley will provide his side with the incentive to beat Everton in their FA Cup quarter-final.

The Black Cats will compete for a place in the last four of the competition, and a Wembley trip with the showpiece ties staged at the national stadium.

"In terms of the FA Cup, it's our biggest game of the season," O'Neill told BBC Newcastle.

"A semi-final and an appearance at Wembley is enough incentive for all."

With an impressive record under O'Neill, who has guided the Wearsiders to 11 wins in 18 games since his arrival, confidence is high going into the trip to Goodison Park.

However, the club's record at Everton is a miserable one, with just two wins in 30 years, the last of which came in November 1996.

"I'm not aware of these records, but eventually they're there to be broken and if there's something you can do about it that's great," O'Neill continued.

"Everton's record against us sounds very good, but it's not something that worries me unduly, the game itself is enough for me to concern myself.