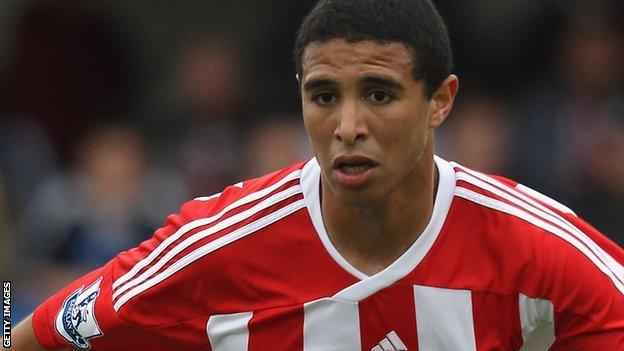 Huddersfield have signed Stoke midfielder Diego Arismendi on loan until the end of the season.

Uruguayan international Arismendi, 24, played in three of Stoke's Europa League matches and had cost £2.6million when he signed for the Potters.

Arismendi spent last season on loan at Barnsley and made 32 appearances.

"Diego is a very good addition to the squad and will add to the quality we already have here," said Huddersfield boss Simon Grayson.

Huddersfield are fourth in League One, five points behind second-placed Sheffield United but with a game in hand.