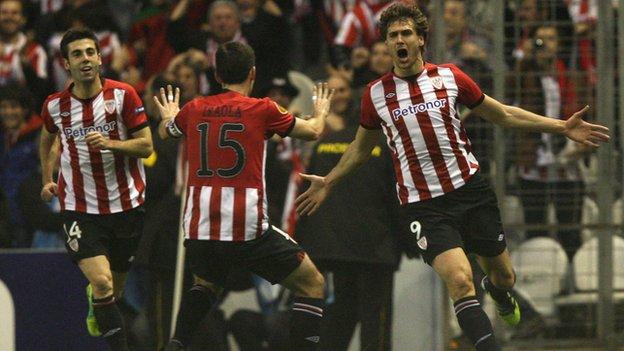 Athletic Bilbao's reward for defeating Manchester United is a tie against Schalke in the two-legged Europa League quarter-finals.

Sporting Lisbon, who knocked out Manchester City to reach the final eight, will play Ukrainian side Metalist Kharkiv.

The winners of those games will meet each other in the semi-finals.

In the other quarter-finals, Atletico Madrid play Hannover while AZ Alkmaar take on Valencia.

First legs are to be played on 29 March, while second legs take place on 5 April.