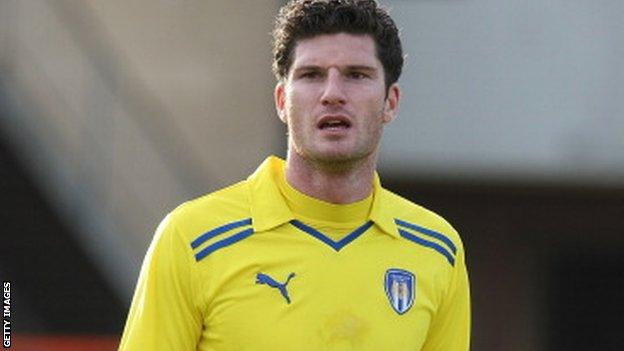 Exeter City have signed Southend United centre-back Pat Baldwin on loan until the end of the season.

The 29-year-old has played twice for the Shrimpers since joining on a free transfer from Colchester in January.

Exeter have an injury crisis at centre-back after Danny Coles and Scott Bennett were ruled out for the rest of the season.

Baldwin started out as a trainee at Chelsea and played more than 200 games for Colchester in almost a decade.

City boss Paul Tisdale revealed on Thursday he was hoping to sign a defender.

As well as Coles, and Bennett, Richard Duffy is also out as he recovered from a groin operation.

Exeter have also confirmed that former Arsenal and Tottenham midfielder Rohan Ricketts is training with the club.

Ricketts is a free agent since being released by Irish side Shamrock Rovers in January.