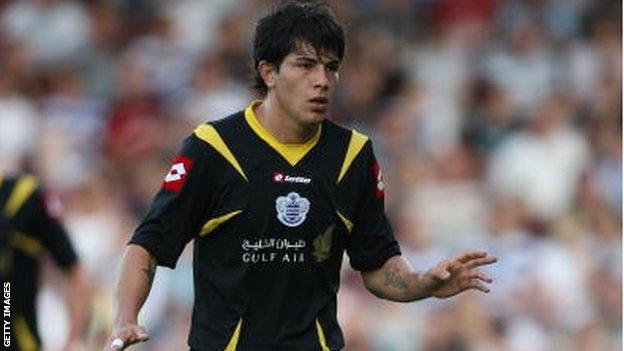 Walsall have re-signed Argentine midfielder Emmanuel Ledesma until the end of the season.

The 23-year-old signed a similar deal last season in a 10-game spell during which he notched one goal.

Saddlers manager Dean Smith told the club's official website: "He knows a lot of the lads from last season and settled in immediately.

"He's trained all week and looks really sharp. He has great technical ability, is good with both feet and can score."

Ledesma, who has previously spent time with QPR, Genoa and Argentine side Defensa y Justicia, will be available for Saturday's game against Yeovil.