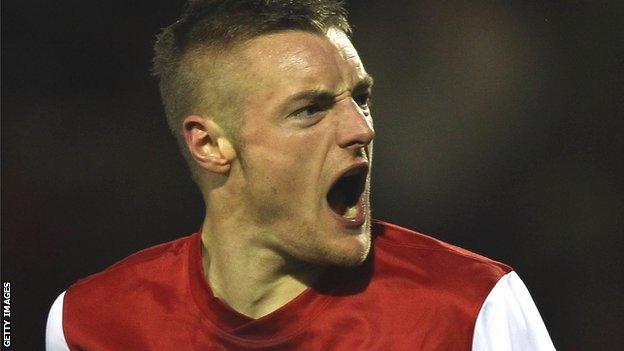 Jamie Vardy scored his 31st goal of the season as Fleetwood moved nine points clear at the top of the table with victory over third-placed Mansfield.

Matt Green blazed over from six yards for the Stags in the first half and at the other end Jamie McGuire forced a point-blank save from Alan Marriott.

The hosts broke to take the lead with Peter Cavanagh setting up Shaun Beeley.

Substitute Vardy, who had only been on the field three minutes, then converted Alan Goodall's left-wing cross.

Exodus Geohaghon had a chance to reduce the deficit but saw his header saved by Scott Davies.

"I thought we started the game really well and in the first half an hour I thought we were excellent.

"What disappointed me with our performance was that we took our eye off what we were good at and we paid the price.

"But it might be the best thing to happen to us this season, to bring people back down to the ground and we can refocus."