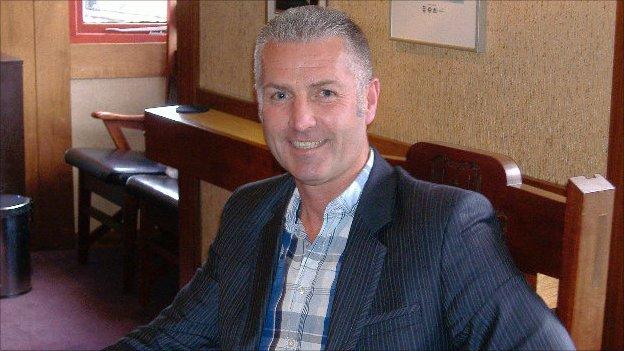 York beat Luton Town 2-1 on aggregate to reach the final at Wembley against Newport on 12 May.

Mills told BBC Radio York: "I've said from the word go I wanted to win this competition this year.

"It meant a lot to me and I know what it meant to the football club. The players have got the club through. It feels fantastic."

York drew the second leg of the semi-final at Luton 1-1 after Robbie Willmott opened the scoring for Luton just before half-time.

Matty Blair scored what proved to be the decisive goal for York in the final minute of the game.

Mills added: "I said to the players before the game today we won't win the Trophy at Wembley. We'll win it today.

"This was always going to be a tough semi-final for us but over the two legs I think we've deserved it.

"I thought we were second best for the first half today but more like ourselves in the second half.

"We missed two or three chances to get that one goal.

"The players have worked hard and now the most important thing for us is we've got to get to Wembley twice."