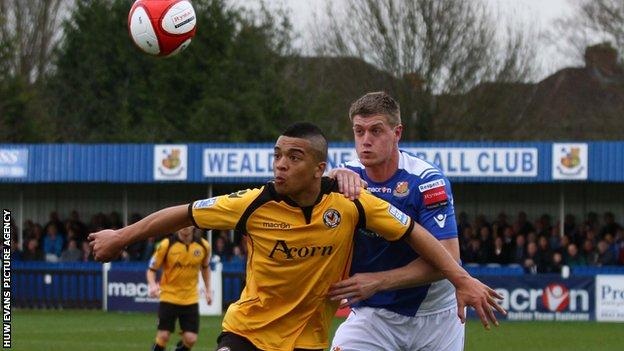 Newport County have reached the FA Trophy final after a goalless semi-final second leg gave them a 3-1 aggregate victory.

The visitors, though, rarely looked in danger of relinquishing their lead.

County will now face fellow Blue Square Bet Premier side York City in the final at Wembley Stadium on 12 May.

"For me to lead a team out at Wembley would be a real emotional day. It's a sleeping giant this club. Credit to all the players, they were immense today.

"It was a tough game. Credit to Wealdstone, they took us all the way.

"This year's been a tough year but what we've got to do now is concentrate solely on the league and make sure we retain our position in the Blue Square Prem for next season and finish the season with a fantastic trip to Wembley which these great fans deserve."