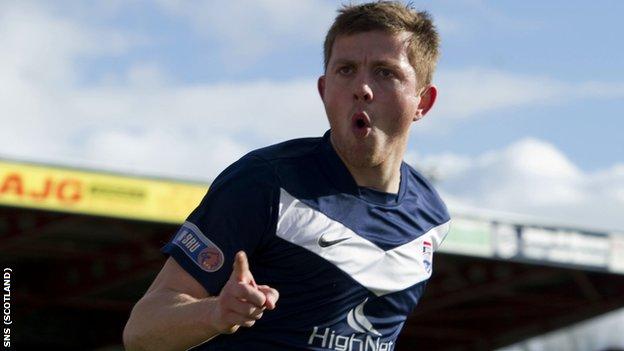 Ross County took a huge stride towards sealing the First Division title with victory over nine-man Falkirk at Victoria Park.

The visitors got off to a nightmare start as goalkeeper Michael McGovern was dismissed after bringing down Colin McMenamin.

Richard Brittain converted the penalty kick that followed to give the Staggies the lead after 19 minutes.

The Bairns pulled a goal back just after the hour mark through Mark Millar's stunning, long-range free-kick.

But striker Farid El Alagui received a second yellow card eight minutes from time to blight their chances of a dramatic comeback.