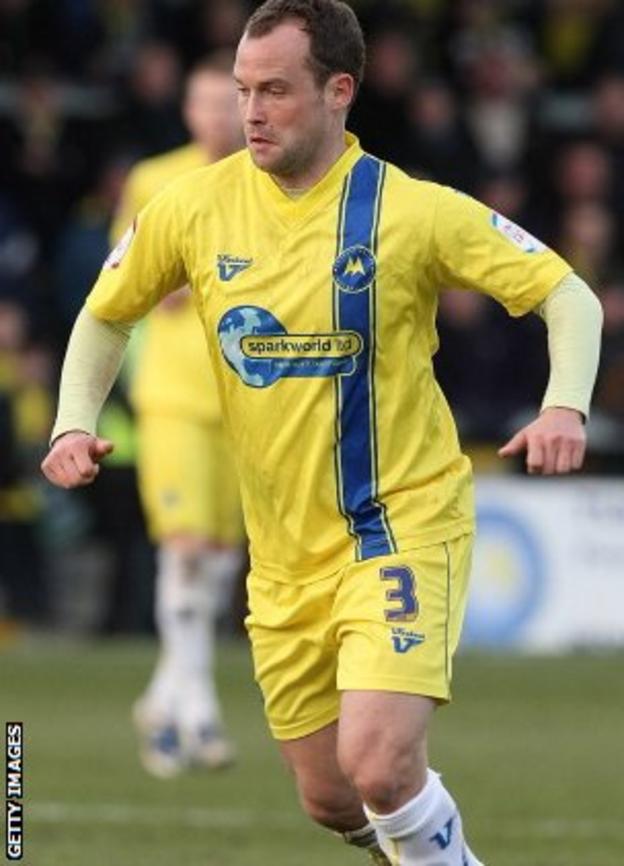 Torquay left-back Kevin Nicholson says the Gulls will have nothing to lose when they travel to League Two leaders Swindon Town on Tuesday.

The Gulls at Plainmoor and go into the top-of-the-table clash off the back of a 4-1 win at Burton Albion.

"We go there with not a great deal to lose," Nicholson told BBC Radio Devon.

"They're [Swindon] going to be favourites and it's been a while since we've said that."

Nicholson continued: "We've been favourites in most of the games we've played lately.

"I doubt they're going to change to match us up like a lot of teams have been doing because they're confident they can win the way they play."

Nicholson, 31, has been a virtual ever-present in the Gulls line-up this season, scoring five goals in 40 appearances and only captain Lee Mansell has been at the club for longer.

The former Notts County man says he and his team-mates will have to be wary of former loanee Billy Bodin, who is now back at the County Ground with his parent club.

"Having said that, he doesn't always make their team so they must have a hell of a side."