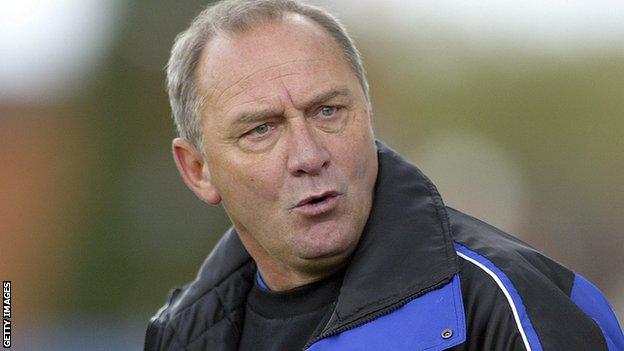 Macclesfield Town have re-appointed Brian Horton as manager until the end of the season replacing Gary Simpson.

The 63-year-old initially joined the Silkmen in April 2004 and, after helping the club survive relegation, was given the job on a permanent basis.

He then narrowly missed out on promotion the following year, losing in the play-offs, but left in October 2006 with the club bottom of League Two.

Horton was last involved in football at Preston, being sacked in December.

Macclesfield currently sit 21st in League Two, only out of the relegation places on goal difference, and the former Manchester City boss took over in similar circumstances during his first spell with the Silkmen, with the club three points from safety, fighting relegation.

Simpson was fired following a run on 16 games without a win that saw them plummet down League Two - a decision chairman Mike Rance called "hard" following the intimate connection he had with the club.

Horton has managed over 1,000 games at seven different clubs, but since leaving the Silkmen the former midfielder has acted as assistant to Phil Brown, first at Hull, where they were promoted to the Premier League, and then at Preston.

The club also announced Glyn Chamberlain will remain in his role as assistant manager.