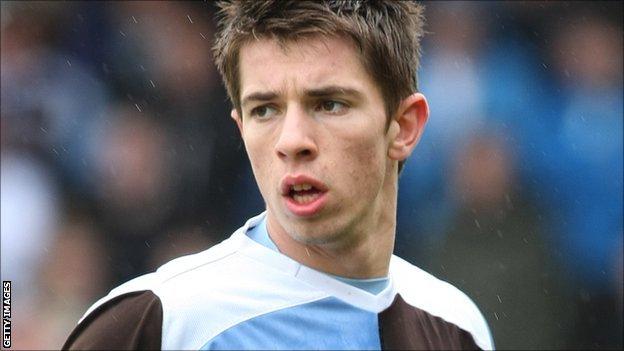 Hartlepool United first-team coach Neale Cooper has expressed his concern at a lack of "killer instinct" in front of goal within his squad.

Cooper's side played out a goalless draw with Stevenage in League One on Saturday, their sixth non-scoring fixture in the last nine games.

"We have to be more lethal in front of goal," Cooper told BBC Tees.

"We need that killer instinct in front of goal but at the moment we don't have the players to take them."

He continued: "We can't fault the players for effort and commitment, but at times we lack a wee bit of quality.

"Someone came up with a statistic that the starting 11 today had just 11 goals between them, we don't have that clinical finisher at the moment."

Pools have relied on goals throughout the side this season, with Antony Sweeney's five from midfield and Andy Monkhouse's three contributing to an overall tally of 43 for the campaign from 16 different goalscorers.

However with Luke James absent with a back problem, and Colin Nish and James Poole also struggling with injuries, Cooper's hands are tied in forward areas.

"We don't have a lot of options at the moment, we'd preferably like to play 4-4-2 with good wide players and two strikers.

"I've been looking at games, looking for targets to come in because the deadline ends soon.

"This team definitely needs one or two players to freshen it up, I'll be looking to do that over the next week," he said.