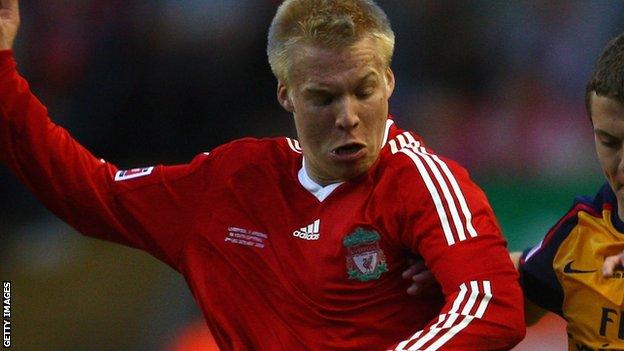 Exeter City have signed Fulham striker Lauri Dalla Valle on loan until the end of the season.

The 20-year-old has made two substitute appearances in the Europa League for Fulham at the start of this season.

He joined the Cottagers in August 2010 from Liverpool, where he had played for their youth team.

The Finn has spent time on loan at both Dundee United and AFC Bournemouth in the past two seasons and played against Exeter for the Cherries last season.

"It's another attacking option for us, it's giving me as many options as I can for the run in," Exeter boss Paul Tisdale told BBC Radio Devon.

"We've heard a lot of good about him. He's played against us before, he's very hungry to do well and I want to give myself as many options coming into the end of the loan window on Thursday.

"He's capable of scoring goals and that's why we've brought him in," Tisdale added.

Dalla Valle scored three goals in five starts for Dundee United in the Scottish Premier League this season and hit the net twice in League Two with Bournemouth last season.

He will be in Exeter's squad for the key League One clash against relegation rivals Wycombe Wanderers at St James Park on Tuesday night.

"I thought it was a great opportunity for me to get competitive matches, I've heard a lot of good things about the place so I was very happy to come," Dalla Valle said.

"I'm quite clinical so I'm looking to score goals and help Exeter climb up the table. We want to get on the safe side of the line and stay in League One, that's the target."