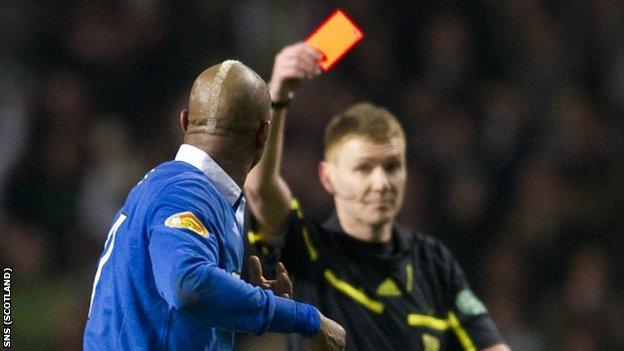 A victory for Celtic at Ibrox would clinch the title for Neil Lennon's side if Motherwell fail to win at Kilmarnock on Saturday.

Both Old Firm clubs go into Sunday's derby on the back of defeats.

Celtic's hopes of securing a domestic treble were dashed in the 1-0 Scottish Communities League Cup final defeat by Kilmarnock.

And Rangers stumbled to a 2-1 defeat by Dundee United at Tannadice.

The loss for Ally McCoist's men enabled Motherwell to climb level on 54 points in second place.

Rangers won the first Old Firm derby of the season with a 4-2 win at Ibrox, with Joe Ledley heading the only goal of the game in Celtic's derby win in December.