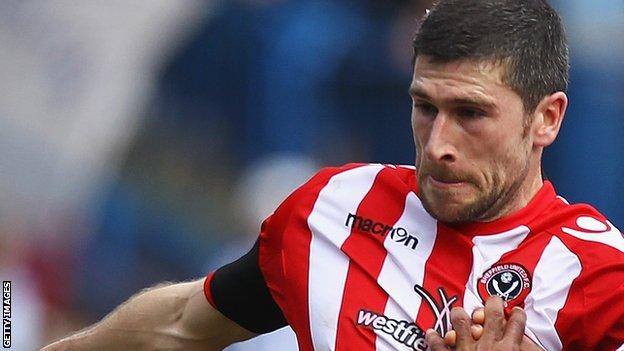 Millwall have signed Sheffield United's Nick Montgomery on a loan deal until the end of the Championship season.

The 30-year-old midfielder made his Blades debut in 2000 and has made 398 appearances, scoring 11 goals.

The Championship season is due to end on 28 April, with the Bramall Lane side's league campaign ending on 5 May.

He told the Blades website: "I've spoken to the gaffer and he agrees that this is an opportunity to get a run of games under my belt."

The ex-Scotland Under-21 man is the Blades' longest-serving player.

Montgomery, who never won a senior cap for his country, had captained Danny Wilson's side earlier in the season.