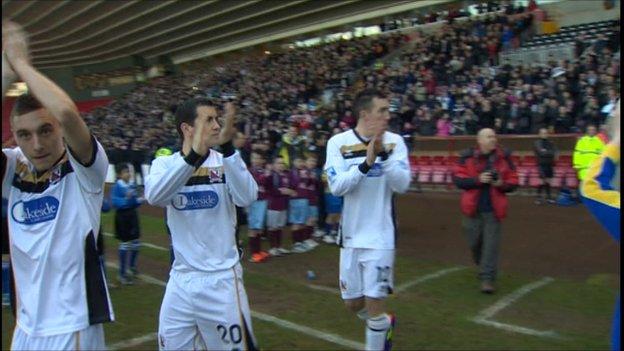 Darlington manager Craig Liddle has said he would consider stepping aside to allow a more experienced coach to help save the club from relegation.

The Quakers have lost nine of 11 games in 2012, and a points deduction and transfer embargo have pushed the club into the drop zone.

"I can't let this go on," the 40-year-old ex-Darlington player told BBC Tees.

"I can't see the club die before my feet, but I don't think I can do any more than I have."

However, he has continued his existing role as head of youth development in addition to first-team duties, and remains committed to the club's academy set-up.

"I've always said my career is in youth development and I'm standing by that," Liddle continued.

Liddle was made redundant along with the playing staff in January when the club were on the brink of liquidation but said he would continue to work with the youth team for free and then continued to manage the senior team when they received a reprieve.

And he revealed in February that his wife wants him to quit because it is affecting his life.

He said: "I'm doing a job here to try to save this football club because it means so much to me.

"If it does mean somebody else comes in, I'm more than happy for someone more experienced to save this club."