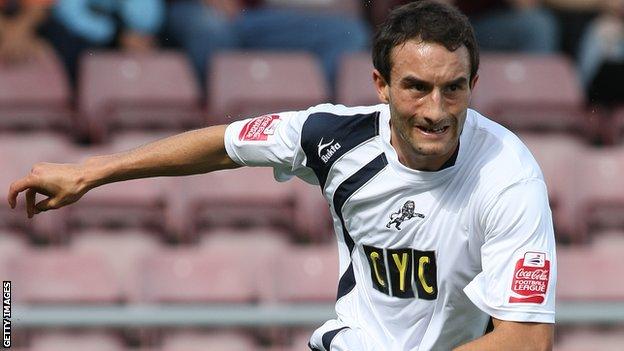 Wycombe Wanderers have extended the loan of Millwall winger Chris Hackett until the end of the season.

The 29-year-old suffered a groin injury in only his second appearance for the club, but returned as a substitute in Saturday's 4-1 win at Bury.

"I want to be part of helping the boys stay safe in League One, that's the aim," he told the club's website.

"I'm still a bit ring rusty but a little bit of game-time until the end of the season is ideal."

Wycombe are currently 21st in the table, but only one point behind Walsall, who occupy the place immediately above the drop zone.

Hackett, however, welcomed the challenge facing the team.

"There's a lot riding on the situation we are in, which puts a bit of pressure on the games, which is good," he added.