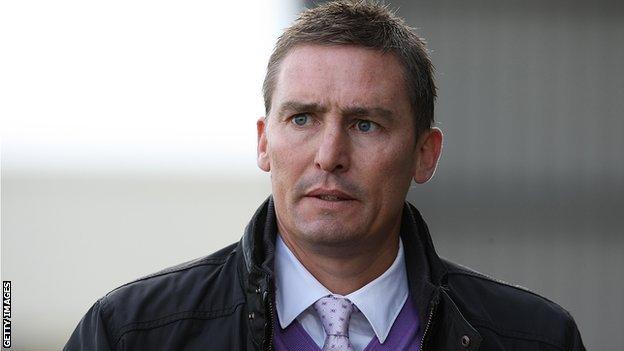 League Two side Rotherham United have sacked manager Andy Scott after less than a year in charge.

The 39-year-old lost his job following Saturday's 2-1 defeat by his former club Oxford, which left them eight points off the play-offs.

Scott was named as manager in April 2011 on a three-year contract - two months after being sacked by Brentford.

The club's chairman Tony Stewart told BBC Sheffield: "It was a case of carrying on as we are now, or part company with the existing manager and possibly give a new manager the time to get to know the players before the end of the season.

"I've got no-one lined up, I've got no conceived thoughts and ideas with regards to any names. It's open to any offers out there.

"We're the custodians of Rotherham, we're very ambitious and have a new stadium for next season and we're trying to get out of League Two into League One and the Championship."