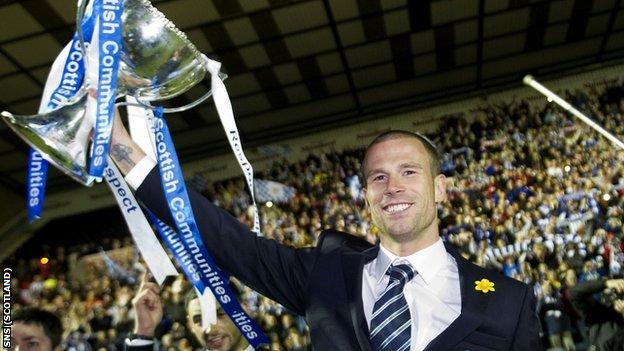 The Belgian came off the bench to head the only goal of the Hampden final on the day he turned 27.

"It was an incredible feeling," van Tornhout told BBC Scotland.

"It's not only me, we did it with a full team, a full squad, the coach, the medical staff. Everybody involved [were part of] the achievement."

Van Tornhout only joined Killie in January, having previously played in Cyprus, the Netherlands and his homeland, but was acutely aware of the Ayrshire side's status going into Sunday's match.

"We were the underdog before the game, for sure," he said. "They [Celtic] were still playing for three prizes and we took one away from them.

"This is the best [achievement in my career] because when I was young I played in Belgium [with FC Brugges] and we took the title but I was very young, I was not so much involved in it.

Shortly after full-time, van Tornhout received the news that team-mate Liam Kelly's father, Jack, had suffered a suspected heart attack and the 59-year-old died in hospital a short time later.

"When we went inside in the dressing room we got the news about Liam's father and of course everybody was down at that moment," van Tornhout added

"You put it [celebrating] aside because, in life, this is most important - your family."