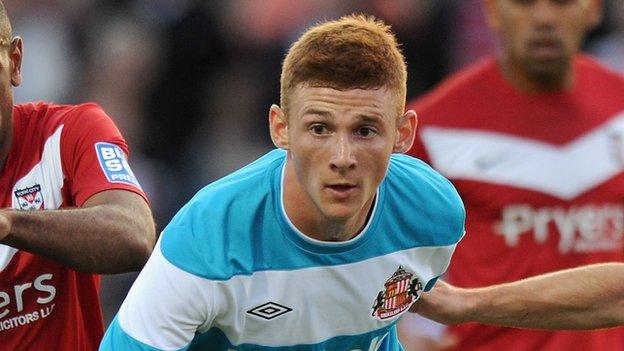 Jordan Cook's brace helped Carlisle come from behind to secure a dramatic victory at MK Dons.

Shaun Williams made no mistake with his spot-kick after Dean Bowditch was dragged down by Murphy, but Jordan Cook's neat finish levelled the scores.

A third penalty was awarded in injury time when Tom Flanaghan felled Cook, who duly slotted home the winner.

"The officials have got two big things wrong tonight.

"There was a punch on Stephen Gleeson's face, which we've got video evidence of.

"But we can't go through this season and keep missing chances. It's hard for the back four, they make one mistake and get punished for it.

"We've all got to take responsibility. Me included."

"As a manager, you need these type of games to let you know you've got a fighting chance.

"There's a massive amount of credit to our fans, our staff, our players and everyone who travelled down as our group.

"It's an absolutely fantastic night for us, and it's a platform to kick on and grab that little play-off spot, and we've taken on a very good side."