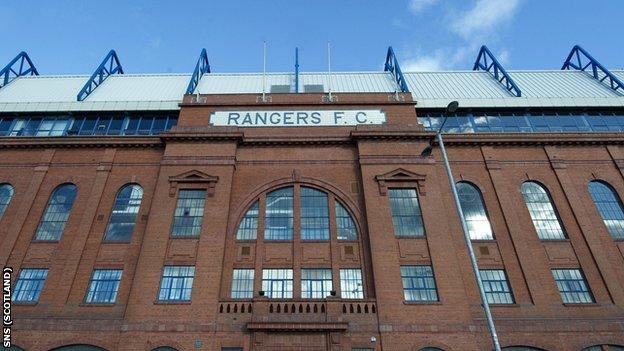 The administrators looking after Rangers have received a fourth bid for the club.

The latest offer is from an overseas syndicate and comes after the Friday deadline imposed by the administrators.

Three prior bids were made last week, with administrators Duff & Phelps working to narrow down the list.

On Friday, , which could see more bids submitted after the deadline.

Murray and Kennedy have both said they would be willing to step aside if better offers were made.

Indeed, Kennedy has made it clear that his offer is best viewed as a fallback if the administrators believe none of the other bids is viable.

Whitehouse added that the prospective purchasers were "looking for clarity on certain issues" before submitting more detailed bids.

He added: "There are complex issues to be resolved and there is no doubt they are having a bearing on the bidding process. At this stage we have indicative and conditional bids only."

Murray's Blue Knights consortium includes the finance firm Ticketus, which provided £24.4m for Craig Whyte to mount his takeover of the club in May last year.

Duff & Phelps are fighting a legal battle to have this agreement nullified.

Once the administrators assess the bids, they will give one party preferred bidder status.

That party would assemble a pot of cash, including its own bid, and would approach creditors to ask for a company voluntary agreement, seeking a pence-in-the-pound deal to repay them in part so that the club can exit administration.

If the preferred bidder cannot secure a deal with holders of 75% of the value of the debt, then there remains a possibility that the club could be liquidated.