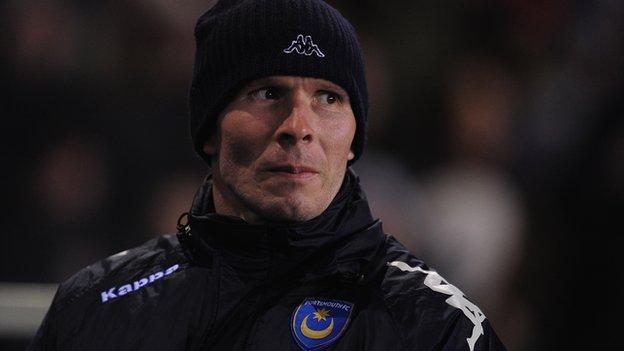 Portsmouth manager Michael Appleton hopes none of his players are moved on ahead of Tuesday's game against Birmingham.

Preparations have been hampered by the departures of Liam Lawrence and Stephen Henderson in recent weeks and Appleton wants to avoid a similar situation.

But he is aware that departures are likely ahead of the close of the loan transfer window on Thursday.

"I'd be very disappointed if something did happen," he told BBC Radio Solent.

He concluded: "For us to let a player go now I think it would have to be a very significant amount of money."