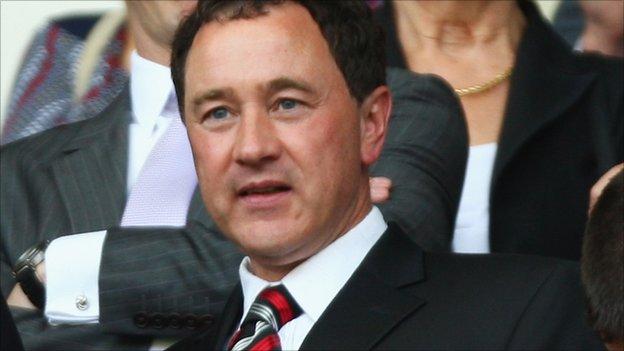 Middlesbrough are now "free from debt owed to external providers" with the financial support of parent group Gibson-O'Neill Company Limited.

Boro revealed their accounts for the 18 month period up to 30 June 2011, which encompassed the parent company financing over the period.

Chief executive Neil Bausor said: "Our parent company has backed MFC at the level of approximately £1m per month.

"This is in addition to substantial investment in previous years."

The statement also confirmed the parent company will "continue to support the club up to the maximum levels possible under the currently proposed new rules" to boost the Premier League promotion push.

However with gates averaging 17,738 in a 35,000-seater stadium, the club have appealed for fans' backing to supplement existing business revenue.

"The continued support of our dedicated fans, alongside the ongoing support of our parent company, is crucial to the success of the team," Bausor said.

"In the absence of Premier League TV money, the main income stream for Championship clubs is gate receipts."

Chairman Steve Gibson, who made his money in transporting bulk gasses, liquids and powders with Bulkhaul Limited, has been involved with Middlesbrough since 1986 when he first became director as the club avoided liquidation.

He now owns 90% of the football club and took on chairmanship of the club in 1995.