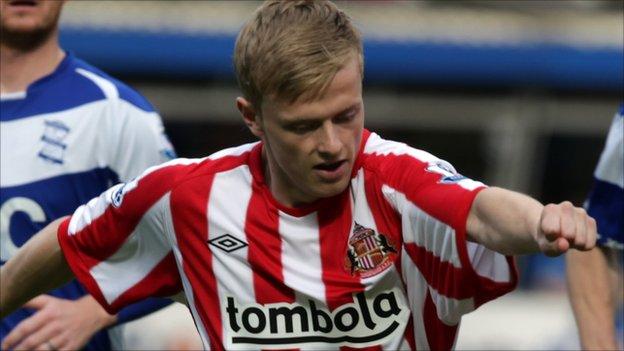 Hartlepool United have signed striker Ryan Noble from Sunderland on loan until the end of the season.

The 20-year-old goes straight into the Pools squad for Tuesday's visit of Oldham Athletic in League One.

Since making his debut against Barrow in January 2010, Noble has been limited to just six first-team appearances by injury and competition for places.

He has also had loan spells at Watford and Derby County, playing two games for the latter earlier this season.

Despite failing to make an impression in Martin O'Neill's first-team, the Sunderland-born forward has remained a regular scorer at reserve team level, with 14 goals in 10 games, including three hat-tricks.