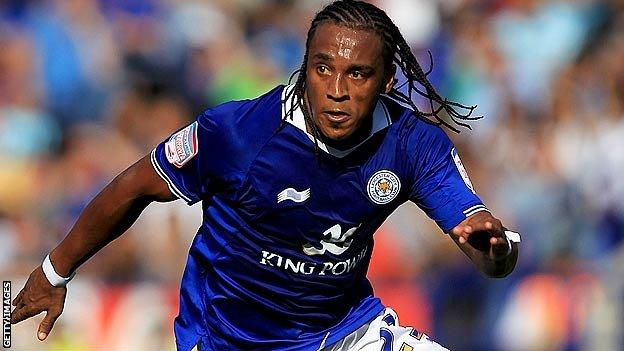 Leicester City's Neil Danns says the experience of playing against Premier League side Chelsea in the FA Cup is a great incentive to win promotion.

The midfielder excelled despite the Foxes being comfortably beaten 5-2 in the fifth-round tie at Stamford Bridge.

And Danns told BBC Radio Leicester: "These are the sort of games we want to play week in week out.

"It's class to experience playing against these sort of players. Hopefully we can learn from it."

Leicester won plenty of plaudits for adopting an attacking approach, but trailed 3-0 going into the final quarter of the game.

They did score two fine goals in a compelling finale to at least give their 6000 travelling fans something to cheer.

Danns added: "We tried to go at them and it backfired in a sense but we have to pick ourselves up. We have a massive game on Wednesday against Blackpool.

"We can easily get back in the play-offs and have to go again.

"We have to press on Wednesday and then we have another big game against another promotion-chasing side [Hull City] on Saturday.

"If we can get two good results out of those two games then who knows."