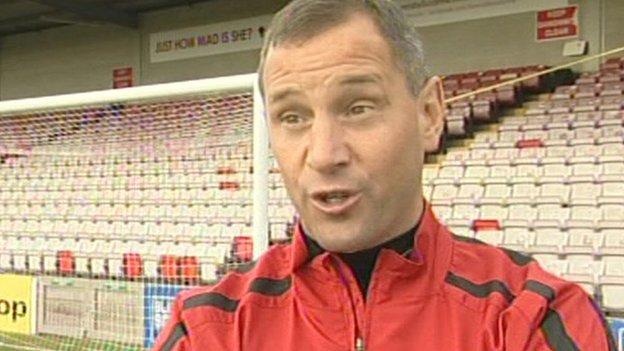 Lincoln City chairman Bob Dorrian says the club have no plans to sack manager David Holdsworth despite the recent poor run of form.

The Imps are currently one place above the Blue Square Bet Premier relegation zone and have won only once in 2012.

Dorrian told BBC Lincolnshire: "I'm pretty confident we will stay up. I've spoken to my board members with regards to the situation.

"We're all singing from the same hymn sheet, things carry on as they are."

Holdsworth joined the club in October 2011 after the sacking of Steve Tilson and has won only 4 of his 16 league games in charge.

His side slipped to 20th in the table having lost 2-1 to bottom side Bath City at the weekend.