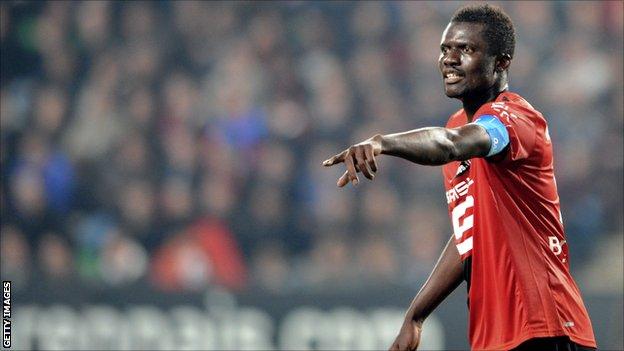 Senegal's 2014 World Cup qualifying preparations have been hit by injuries to Kader Mangane and Pape Diakhite.

Mangane will not play for French club Rennes again this season due to an injury to his left ankle.

Meanwhile, an injury to his right ankle means Granada's Diakhate is out of the rest of the Spanish campaign.

The defenders will undergo surgery this week in France, and it is unclear if they can recover in time for Senegal's opening World Cup tie in June.

The Teranga Lions, who reached the quarter-finals of the 2002 World Cup in Asia, begin their Group J campaign when hosting Liberia on the first weekend of June.

Uganda and Angola are the other teams in the group.

Rennes captain Mangane has had problems with the ankle since a Europa League game against Udinese in September.

However he was fit enough to play for Senegal at this year's Africa Cup of Nations in Equatorial Guinea and Gabon.

While Diakhate picked up his injury during the Teranga Lions campaign at the Nations Cup.