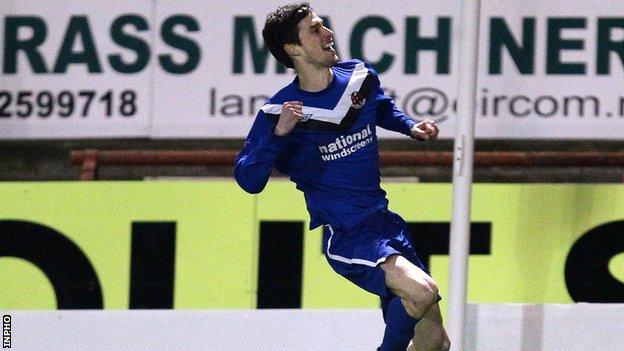 Crusaders earned a fine Setanta Cup quarter-final second leg win over Bohemians in Dublin to progress to the last four of the competition.

Declan Caddell gave the Crues a dream start at Dalymount Park with a goal in the third minute.

The visitors did all the damage in the first half, David McMaster finishing from six yards to put them 2-0 up on aggregate.

Bohs had Derek Pender sent-off for a second booking in stoppage time.

Bohemians had problems in defence and Caddell was the first to capitalise, finishing well past Craig Sexton from eight yards.

The Irish League side continued to press and put clear daylight between the teams with a precious second away goal in the 36th minute.

Good pressure forced Bohemians to lose possession inside their own half and McMaster finished the move well, toe-poking the ball home from six yards.

The tie was as good as over with Bohs needing three goals to go through.

Kevin Feely missed their best chance when he headed wide from five yards.

The home side's frustration grew and they were reduced to 10 men when Pender was sent-off for a second bookable offence in stoppage-time.